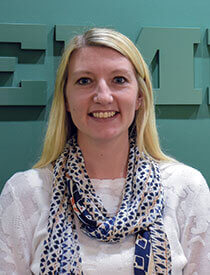 Rachael grew up in Central Pennsylvania and graduated from The Pennsylvania State University in 2002 with a B.S. in Civil & Environmental Engineering. Currently, she is working as The Director of Preconstruction. Rachael began her career at Emerald Construction as a Project Engineer after interning with the Company. She then became the Director of Preconstruction for several years. Rachael left Emerald to pursue her Professional Engineer’s license, working for two top-rated engineering firms in the area. After being the lead engineer for many projects, managing site plan design services, Rachael returned to Emerald.

Away from work, Rachael enjoys running, cooking, college football, and spending time with her family.